Artificial Intelligence is finding its way into every corner of data science. It’s an incredible asset for handling large amounts of data.

There is still room for other methods, though.

Data scientists were working long before artificial intelligence became a functional option, and there are applications that don’t especially benefit from contemporary AI.

Artificial Intelligence describes both the theory and the practice of creating advanced computer systems capable of simulating human intelligence.

The eventual goal is to design a system that can react reasonably to unexpected events without having to be programmed for each possible circumstance.

While artificial intelligence hasn’t quite reached that level yet, it has produced some impressive results in areas like:

Data Science is the general practice of using scientific methods to find patterns in or draw insights from data.

It covers everything from preparing raw data for use to presenting results from analytics.

The relationship between the two is that artificial intelligence powers more efficient and accurate data science.

While artificial intelligence has exciting potential, in relation to data science it’s seen only as a very promising tool.

There are areas of data science where scientists can get usable results from other methods.

Linear regression is the most commonly practiced statistical technique in the data science industry.

It finds the best linear relationship between a dependent and an independent variable in order to predict a target variable. Regression is used to:

Decision Trees are hierarchical graphs of every possible option and the cascading consequences of choosing each option.

They’re a widely used method of inductive inference, straightforward in design and simple for non-data scientists to understand.

Besides predicting chance outcomes, decision trees are helpful in:

A time series is a set of data points arranged by time or frequency, usually taken at regular intervals.

It’s a practical way to study events over time; for example, tracking seasonal shopping patterns in relation to control factors in order to prepare for surges in demand.

Visualization is the communications branch of data science, where data is translated into a visual context.

Rather than being one specific technique; there are a number of different visualization tools that mainly fall into two categories:

Visualization is enormously useful for finding patterns, discovering unexpected correlation between features that may lead to other lines of inquiry, and explaining complex data to non-data scientists.

Data Science in the Future

The problem with the traditional approach to data science is that there’s so much data to be analyzed and so few data scientists to do it.

Non-intelligent methods are very talent- and time-intensive. They can take too long to produce results when answers are time-sensitive.

Artificial intelligence does require data scientists to set up and monitor, but the algorithms can power real-time analytics usable by non-technicians.

That shortens the gap between when data is produced and when it’s interpreted into actionable insights.

For that reason artificial intelligence will become more- not less- connected as the field matures.

Is your data science strategy producing the results you need? Concepta can help you implement an intelligent system to turn your data into decisions. Contact us for your free consultation! 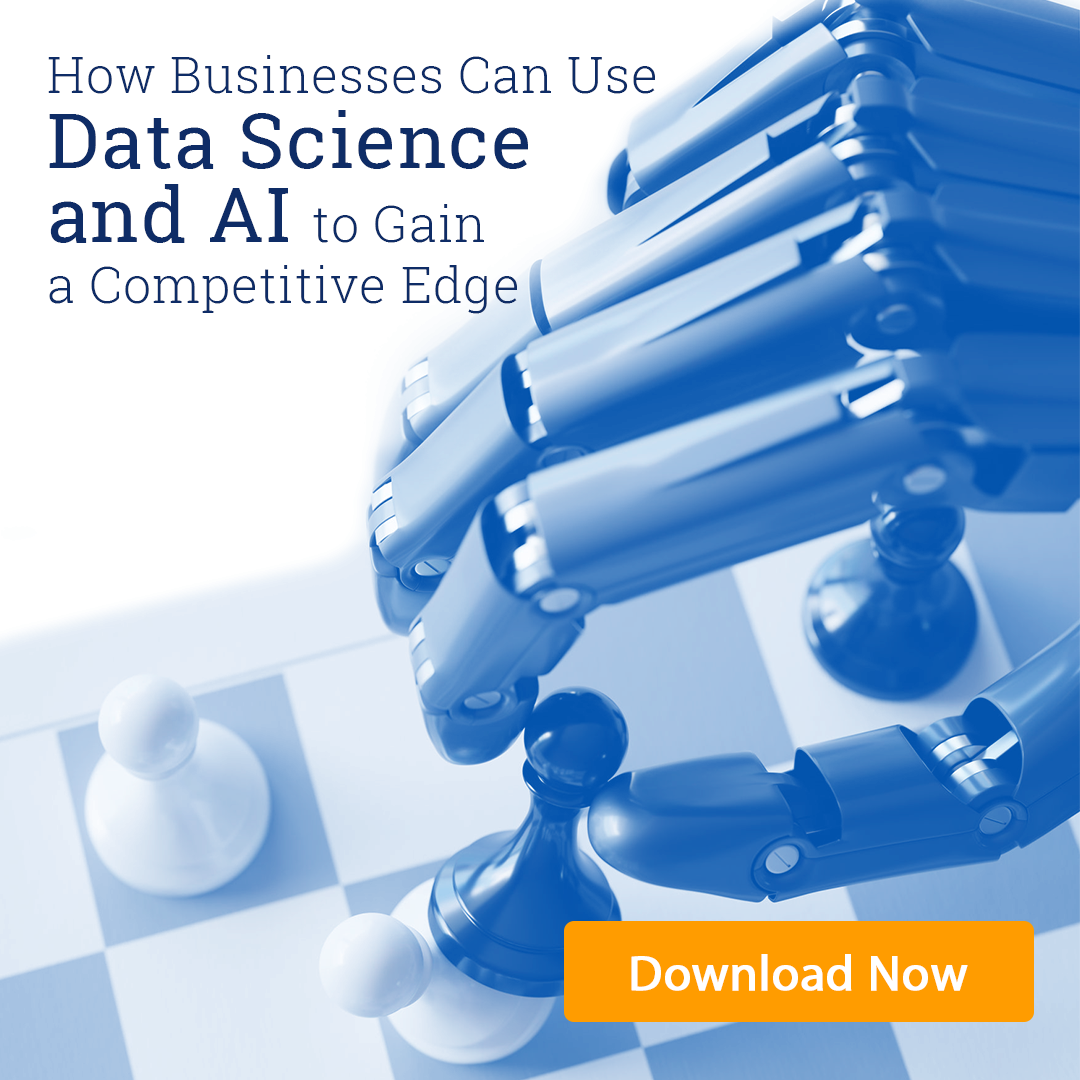